You are here: Home / History
Young mariachi singers at Tucson Meet Yourself. Photo by Steven Meckler

The Southwest Folklife Alliance was formed in 2014, in part, as a response to a gap in the support systems available for heritage artists in Arizona and the region. A group of passionate cultural leaders saw a need to amplify models of community development and place culture at the center of economic vitality and social equity, building on the 40-plus year track record of aesthetic explorations and ethical engagement among tradition bearers at the Tucson Meet Yourself Folklife Festival.

A study commissioned by the University of Arizona’s Southwest Center in 2012 found that while an abundance of informal expressive arts, foods, and traditional knowledge exists among Native, ethnic, occupational, and other living folk communities ofthe US Southwest and northwest Mexico, much of the sustainability and impact of these assets is fragile and diffuse. In the US-Mexico border region specifically, recognition of the social and economic contributions of heritage artists has been negligible compared to other areas of the Southwest.

After an extensive planning process, the existing 501(c)3 nonprofit organization that had produced Tucson Meet Yourself (founded 1974) was re-tooled and renamed as Southwest Folklife Alliance (SFA). With seed funding  from the National Endowment for the Arts, the Surdna Foundation and the University of Arizona College of Social and Behavioral Sciences the scope of SFA became regional and national—the first dedicated folklife organization along the US-Mexico border corridor focused solely on uplifting, supporting, and presenting the work of traditional artists year-round. 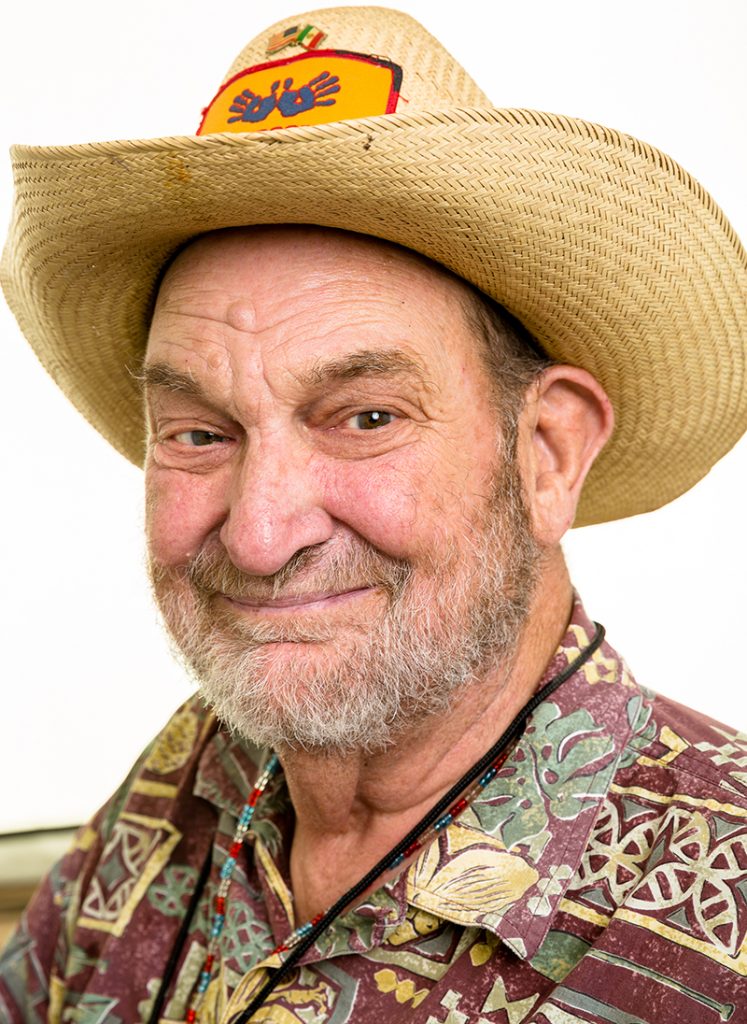 James S. Griffith, or “Big Jim,”  moved to Tucson at age 20 to study at the University of Arizona, eventually earning a PhD in cultural anthropology and art history. He directed the Southwest Folklore Center at the University of Arizona until 1998. In 1974 Jim and his wife Loma Griffith founded Tucson Meet Yourself, an annual folklife festival featuring folk arts, music, dance, and food representing Indigenous, immigrant, and long-time resident cultures of the region. His books on southern Arizona include and northern Mexico include A Border Runs Through It: Journeys in Regional History and Folklore, Beliefs and Holy Places: A Spiritual Geography of the Pimería Alta; Hecho a Mano: The Traditional Arts of Tucson’s Mexican American Community; and his most recent, in 2019, Saints, Statues, and Stories: A Folklorist Looks at the Religious Art of Sonora. In 1996, he curated an exhibit of traditional arts of Tucson’s Mexican American community, “La Cadena Que No Se Corta: The Unbroken Chain” at the University of Arizona Museum of Art. For many years he hosted the television segment, Southern Arizona Traditions, on KUAT-TV’s Arizona Illustrated. In 2011 Big Jim was named a National Heritage Fellow by the National Endowment for the Arts in honor of his service to folklore and the state of Arizona.

So much of our work at the Southwest Folklife Alliance is inspired and guided by Jim’s kindness, respect, curiosity, and devotion to observation. He loved the region we celebrate and friendliness, curiosity, and ever-growing knowledge won him fans and admirers from those Indigenous to this land, as well as from long-time dwellers and newcomers. Big Jim was also a musician (a banjo player in the claw-hammer style), a storyteller, jokester, husband, father, grandfather, colleague, mentor, and friend. He died peacefully at home December 18, 2021 and is survived by his wife, Loma, and children, Kelly and David, and grandchildren, Emile and Arwen. We will miss him terribly. Read tributes to Jim here.

Our Mission: We build more equitable and vibrant communities by celebrating the everyday expressions of culture, heritage, and diversity rooted in the Greater Southwest and U.S. Mexico Border Corridor. Nationally, we amplify models and methods of meaningful cultural work that center traditional knowledge, social equity, and collaboration.