We provide direct support for master traditional artists living in Arizona to pass on art, culture, and heritage practices to apprentice learners through the annual SFA Master-Apprentice Award. The award is made possible in part by the National Endowment for the Arts and Arizona Commission on the Arts.

The award supports a master artist or tradition bearer who has identified a qualified apprentice (or group of apprentices) to engage in a teaching-learning relationship that includes one-on-one mentorship and hands-on experience. Our highest priority is to support apprentices to learn from master artists within their own cultural traditions. Funds can be used to help cover artist fees, offset costs of raw materials, and support any travel essential to the exchange. Traditional artists & culture bearers receive $5,000; apprentices receive $500.

Artists are first nominated by peers within their community, cultural institutions, apprentices, or by self-nomination. SFA then invites nominees to apply based on their mastery of artform, their ability to describe how that form has been recognized by their cultural community, and their ability to share traditional knowledge. Applicants include a wide variety of artists, including those working in traditions including, but not limited to:

Click here to nominate a traditional artist, and for Full Guidelines 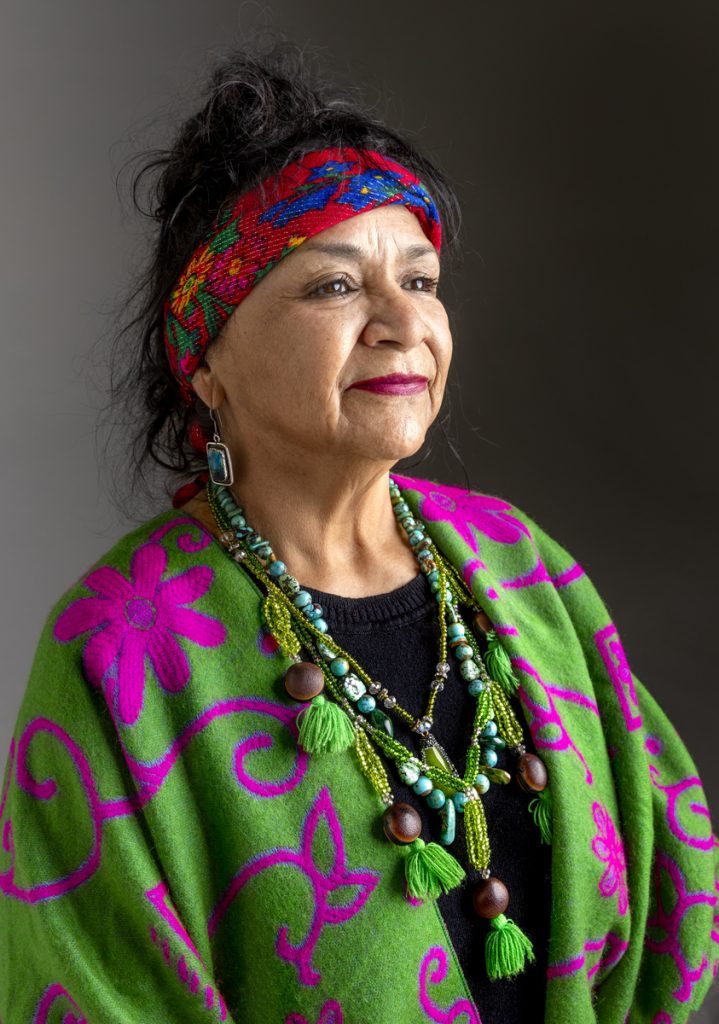 Susana Arellano is a Tucson curandera who learned the practice of healing the heavy-hearted and the art of making ojos de venado (deer eyes), a protective amulet within Yaqui culture. from Nana Mary Lue, a Yoeme medicine woman from Tucson’s Pascua Yaqui community. With over 40 years of experience, Susana is now working with her daughter Anivella Gutierrez. Their apprenticeship will focus on crafting ojos de venados, understanding the innate practices of curanderismo, and building relationships within the community.

Karen Kahe Charley is a Hopi potter from Sitsomovi village on First Mesa in northeastern Arizona. A member of the Butterfly and Badger Clan, Karen was encouraged by her grandmother, Emma Adams, to play with clay and make small pottery. She joined family and community in the harvesting of clay, minerals, and pigments, learning how to make her own tools and hearing Hopi stories about specific shapes and designs. Karen continues this teaching and learning with her own granddaughter, Annalese Nasafotie. 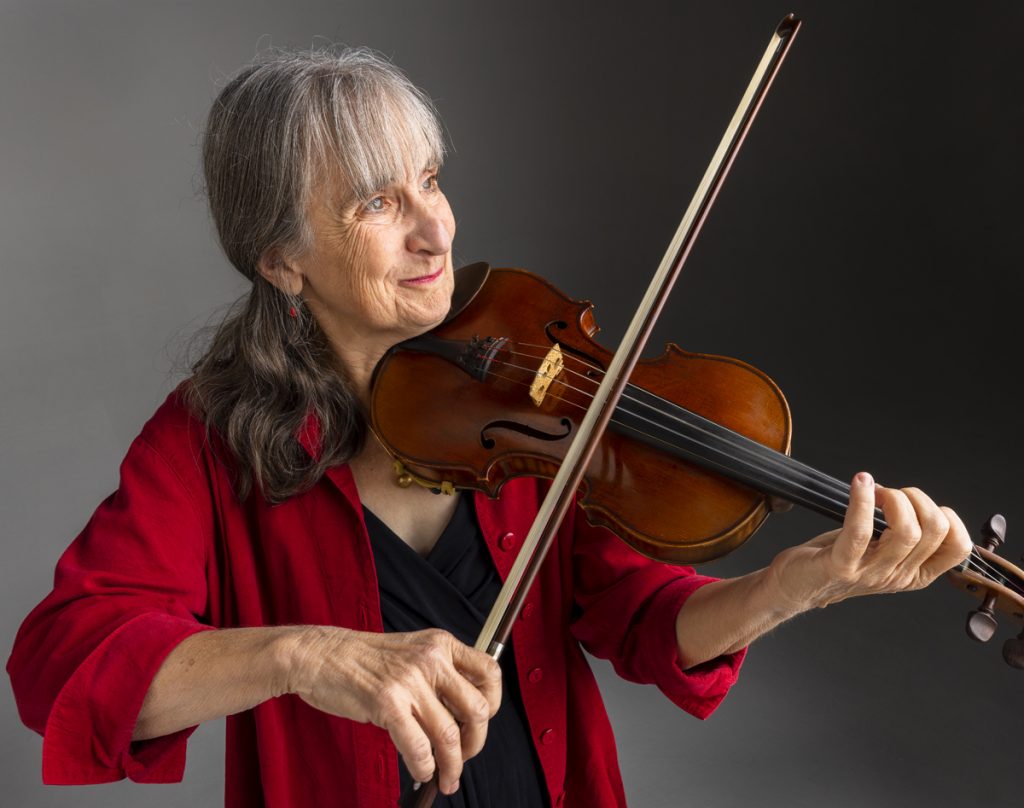 Andrea Hoag is an accomplished Swedish fiddler from Tucson, Arizona by way of Seattle, Washington. Surrounded by Scandinavian community and traditional practices, Andrea learned to fiddle from Swedish Elders who learned from others before the introduction of radio and broader access to music across regions and communities. Andrea and her apprentice, Lara Sands, will concentrate on fiddle traditions from Dalarna, known as the “folklore province.” 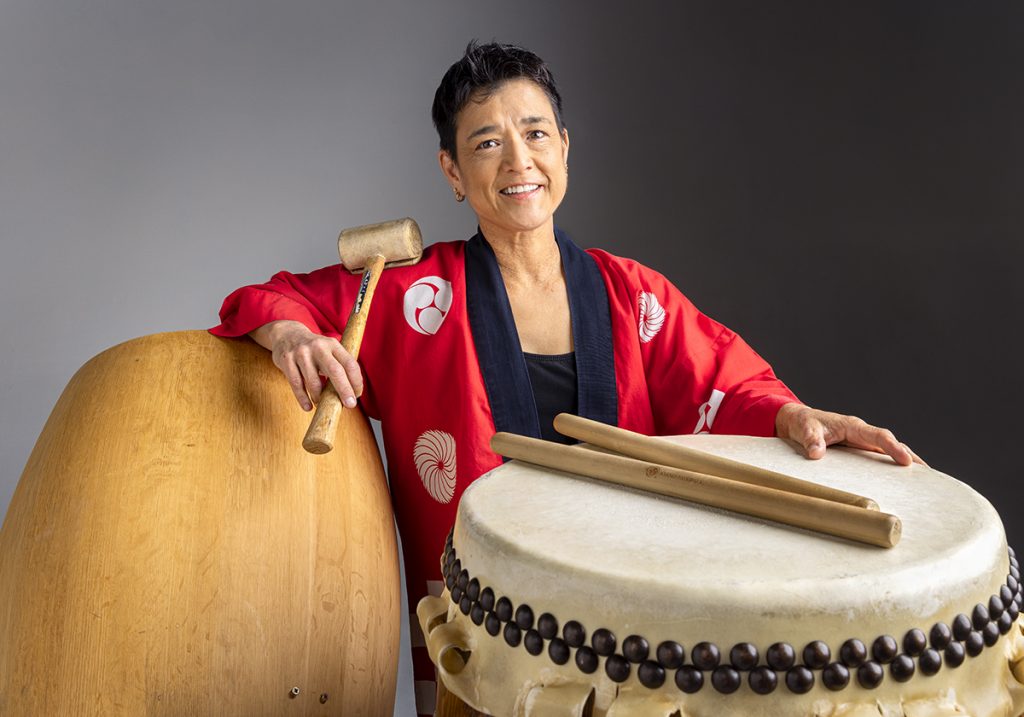 Karen Falkenstrom is a taiko drum maker from Tucson, Arizona. Founder of Odaiko Sonora, Tucson’s Japanese drumming ensemble, Karen has been building Japanese drums for over 19 years and is recognized as one of North America’s top builders of wine barrel taiko. She will work with Natalie Wilson, a member of Odaiko Sonora, toward the goal of growing a North American taiko-building community to sustain the art form. 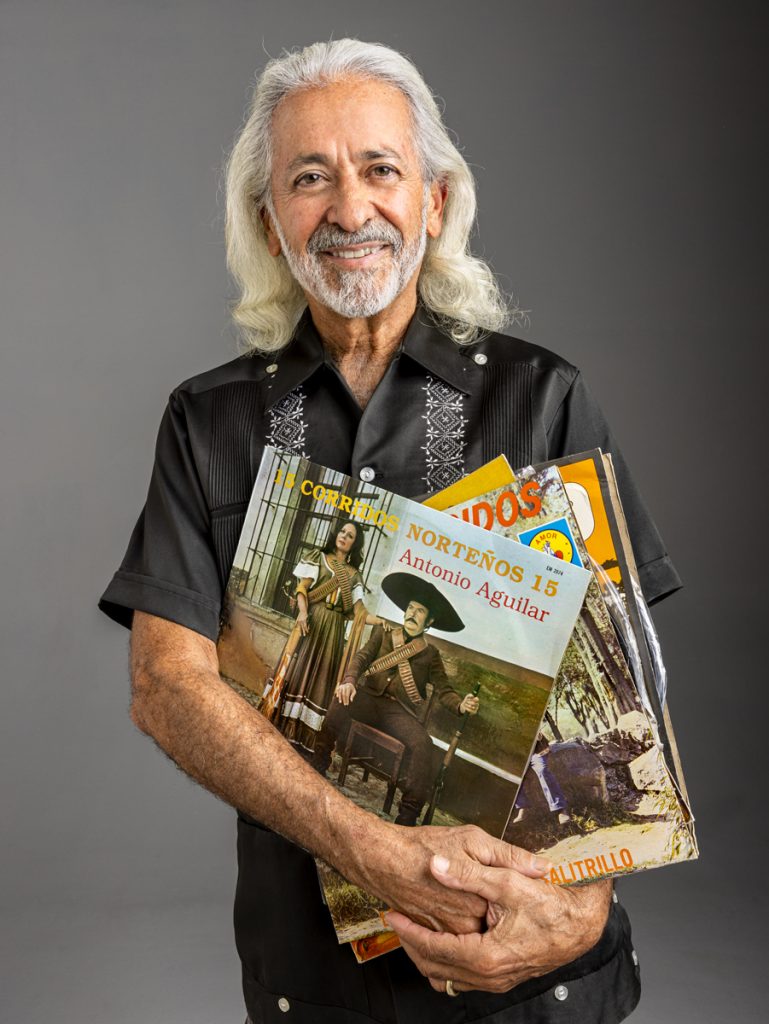 Celestino Fernández is a Tucson-based corrido scholar (and composer) who was raised in Santa Ines in Michoacán, Mexico. For 35 years, his scholarship on corridos has helped communicate the importance of this tradition, including its present-day iterations. His work aims to preserve tradition for future generations of singers, composers, anthropologists, and the public. Celestino will work with Guillermo Sáenz (Mexican American), a corrido singer, to study existing corridos and compose new ones. 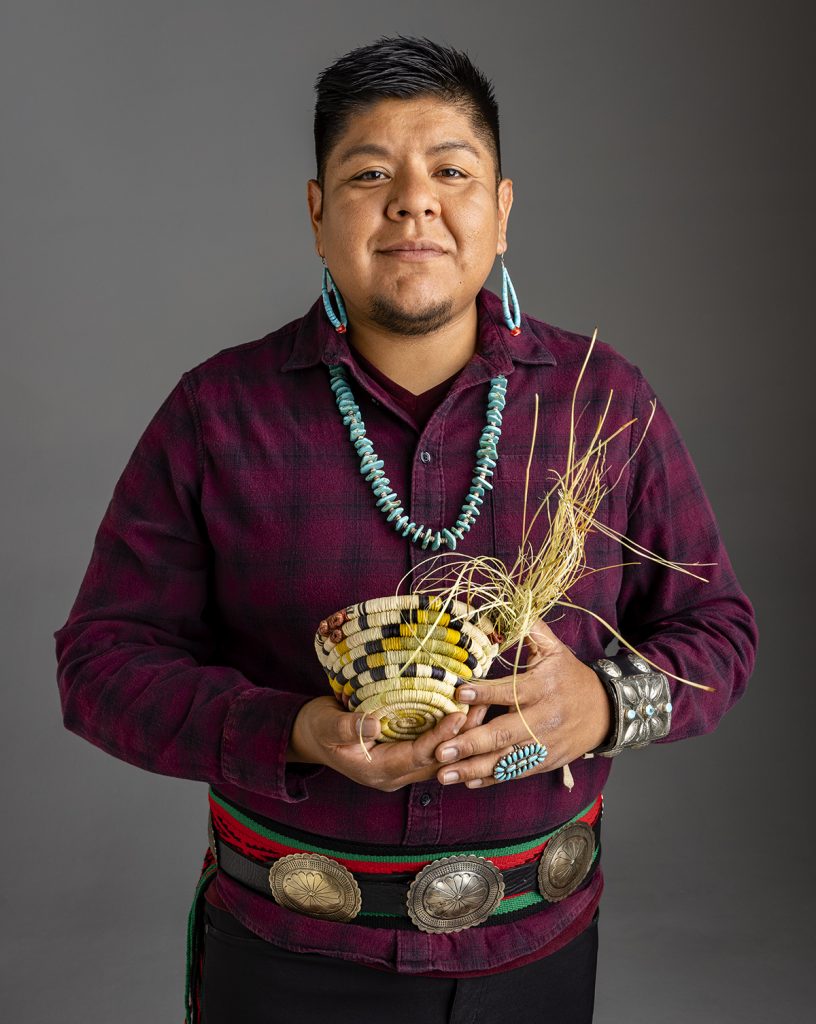 Kyle Kootswatewa is a Hopi basket weaver from Lower Mungapi village on the Hopi Reservation. Born into the Kachina clan, he was immersed in his culture and ceremonial teachings and gifted with the purpose of learning Hopi basketry and culture. Urged on by his great grandmother Geraldine Dann, Kyle is committed to helping to continue generations of knowledge tied to ceremony, seasons, and landscape. His apprentice, Ashley George, will focus on Hopi traditional ecological knowledge, tying the study of basketry work to seasonal changes and community ceremonies. 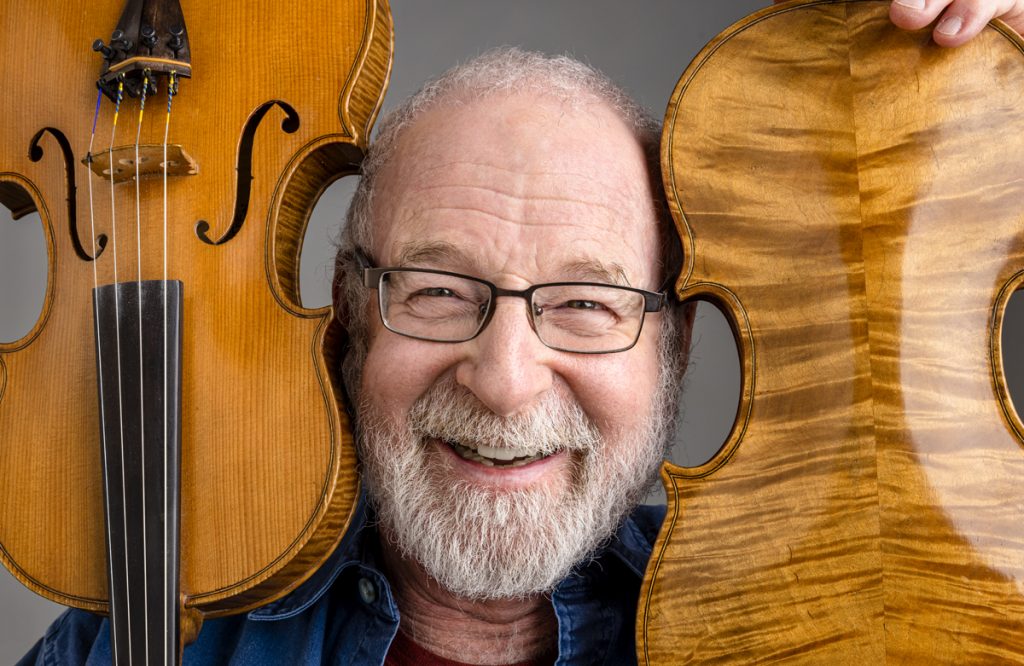 Dan Levenson is a Tucson-based southern Appalachian Old-Time fiddler. A Southern Appalachian native, Dan is an acclaimed teacher and performer of both the clawhammer banjo and Appalachian style fiddle and has gained an international reputation performing and teaching workshops in fiddle, banjo, and string band ensembles in the US, England, Ireland, Israel, and Brazil. He was recognized with this award in 2017 and has earned support for a second time to work with a new apprentice, Jeanette Roe, a member of the Tucson fiddling community for 14 years. 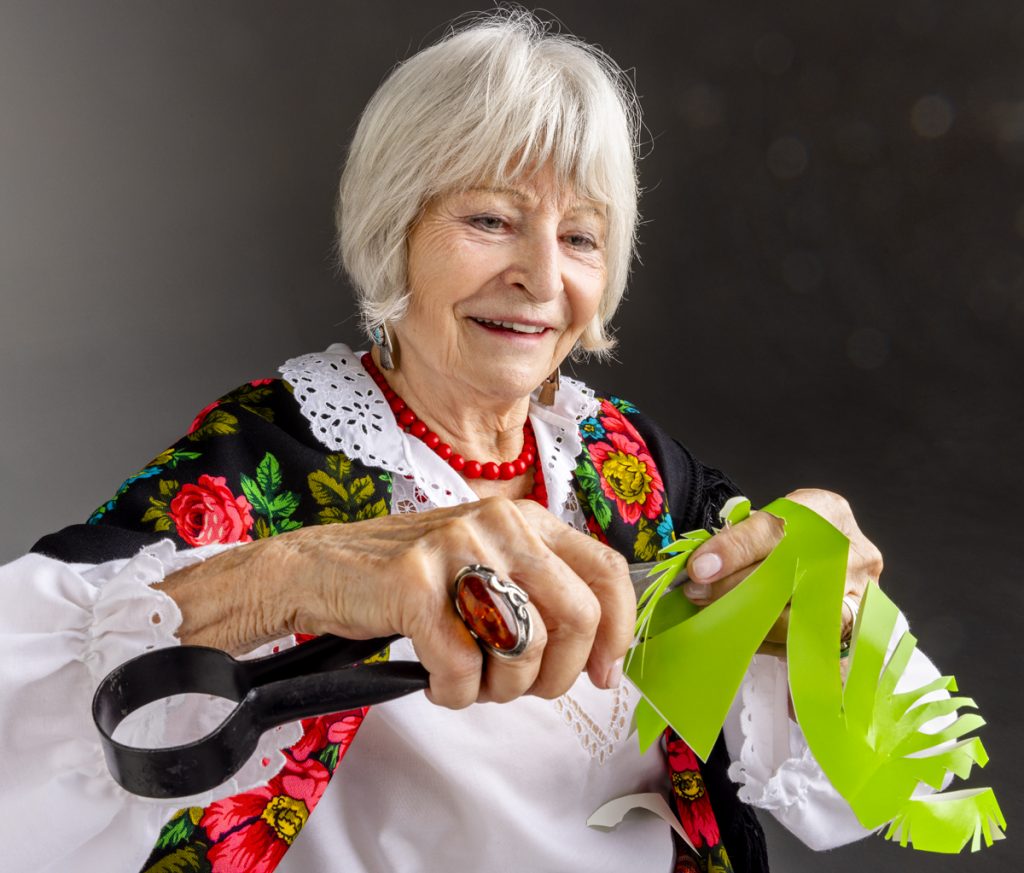 Magdalena Nowacka-Jannotta creates wycinanki, or papercuttings, in the Polish tradition using sheepshears to cut and collage brightly colored paper into traditional scenes and designs. She first learned the form in the mountains of southern Poland and later demonstrated the form for more than two decades at Tucson Meet Yourself. Nearly 70 of Magdalena’s works are preserved by the Archive of American Folklife and the Library of Congress. She will work with Amy Robertson-Schmit of Tucson’s Lajkonik Polish Folk Ensemble to share free-form papercutting and folding techniques from two different areas of Poland. 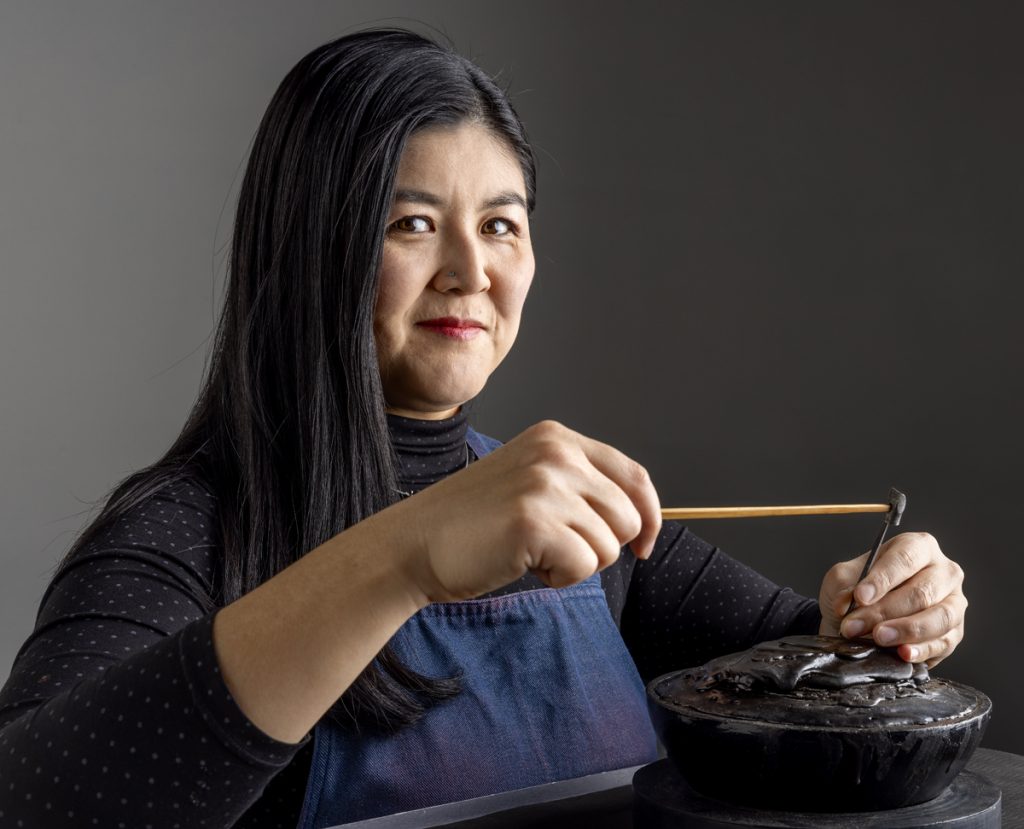 Momoko Okada is a Tucson-based metalsmith originally from Hokkaido, Japan. After pursuing art degrees abroad, Momoko reconnected with tradition by apprenticing with the last kashima-style Nunome master, Master Kashima, in 2004. Since then, she’s worked to spread the use of traditional Japanese metalsmithing techniques worldwide. She will work with Melanie Nelson to share Kaga and Nunome inlays, raising techniques, and design tools. 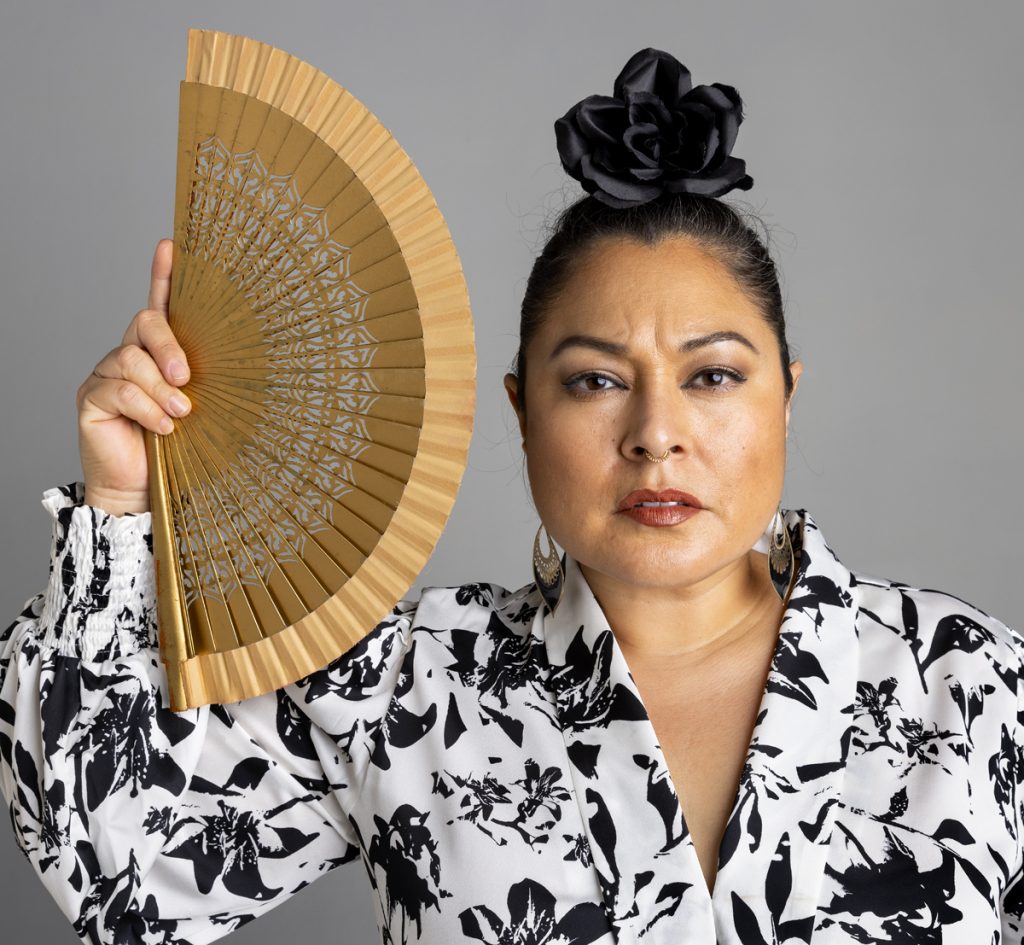 Angelina Ramirez is a flamenco dancer and instructor from Tucson, Arizona. Angelina has been active in the flamenco community for 32 years and calls flamenco “more than just a genre one practices; it is a lifestyle.” Her dance and choreography seek to challenge stereotypes of the artform, including who dances it, how, and why. Angelina will work with Diana Olivares, an accomplished flamenco violinist and vocalist (also a 2019 SFA Master-Apprentice Artist Awardee), to share the dance of flamenco. 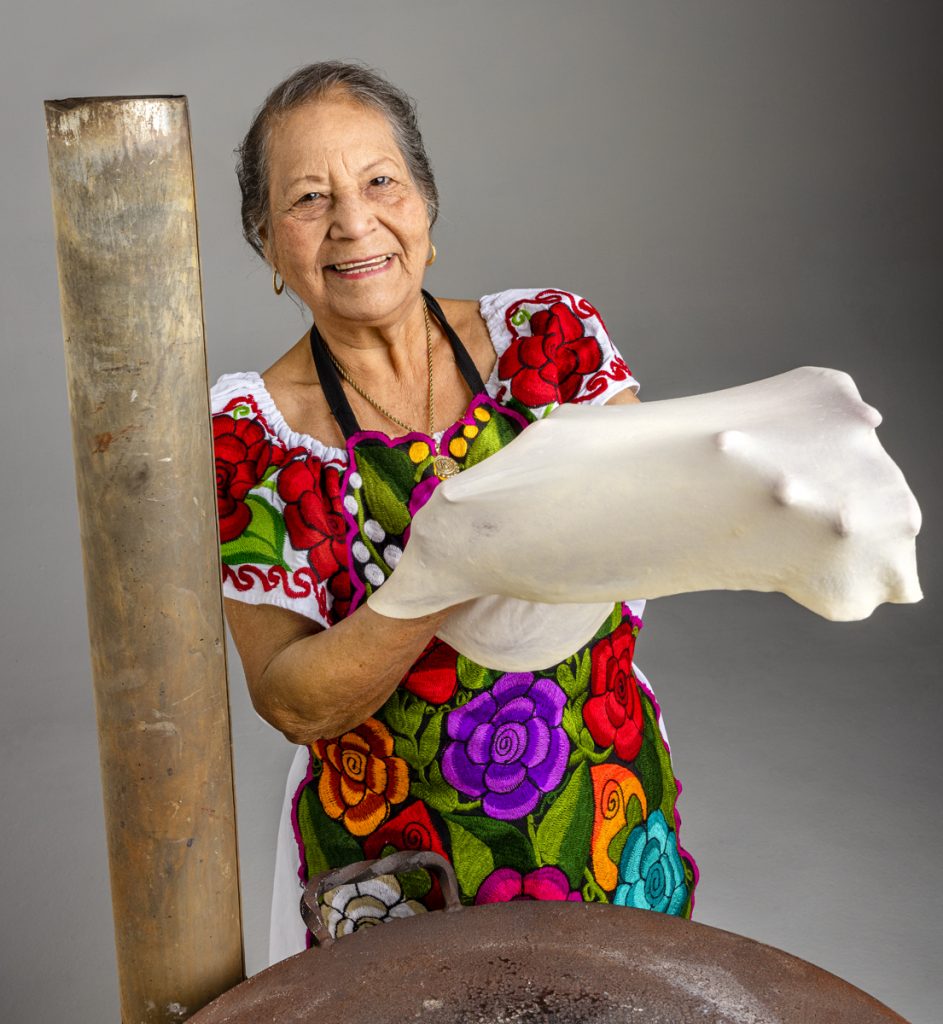 Matilde Vargas Santa Cruz began cooking with her mother in their outdoor kitchen in Imuris, Sonora. Her recipes are specific to the region of Sonora and carry the traditions of generations of families with a relationship with the land. She is now known in Tucson for her large flour tortillas known as sobaqueras, which she has showcased as food heritage at the annual Tucson Meet Yourself Folklife Festival for decades. Matilde will work with her daughter Matilde Laura Santa Cruz to pass on Sonoran cuisine.

Learn about all of our past awardees here.