You are here: Home / Master-Apprentice Program 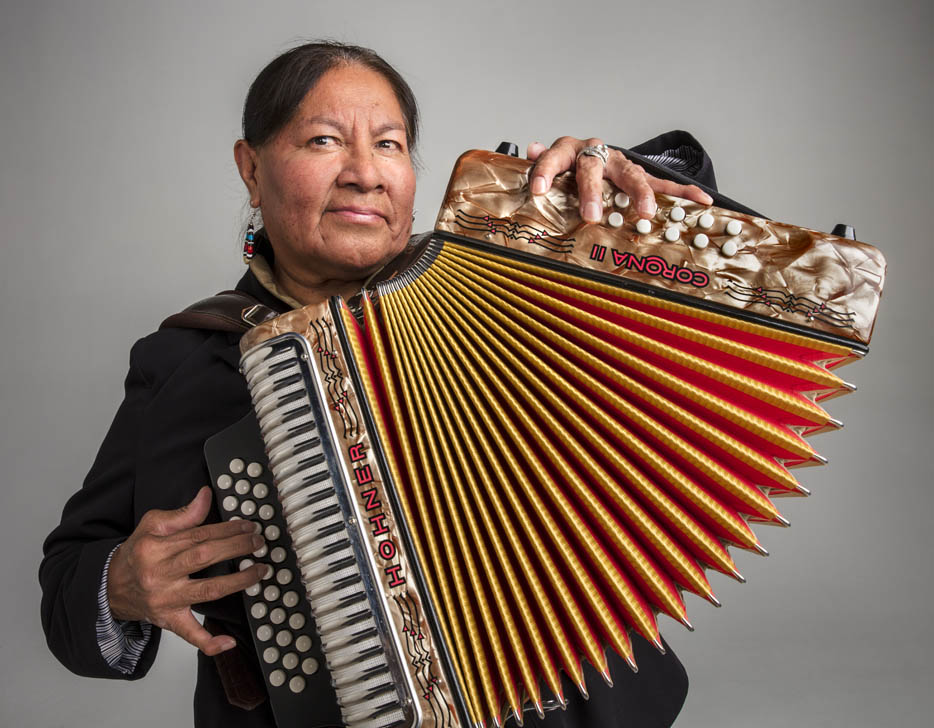 Support for master-apprentice learning relationships are the bread and butter of cultural transmission. At least 20 states have ongoing master-apprentice award programs; Arizona joined them when we launched our annual award in 2015. The SFA Master-Apprentice Award seeks to support and encourage the preservation and perpetuation of traditional art forms present and thriving in Arizona. With the goal of strengthening the transmission of community-based traditions in the region, it fosters and supports the critical teaching/learning relationship between traditional artists and their apprentices. Supported in part by the National Endowment for the Arts, Arizona Commission on the Arts, and Surdna Foundation.

The award supports a master artist or tradition bearer who has identified a qualified apprentice (or group of apprentices) to engage in a teaching-learning relationship that includes one-on-one mentorship and hands-on experience in a traditional artistic practice. Our highest priority is to support apprentices to learn from master artists within their own cultural traditions. Funds can be used to help cover artist fees, offset costs of raw materials, and support any travel essential to the exchange.

Artists are first nominated by peers within their community, cultural institutions, apprentices, or by self-nomination. Once a nomination has been made, SFA will invite nominees to apply. The nomination selection process is based: mastery of artform and a nominee’s ability to describe how the mastery of this art form has been recognized by the artist’s cultural community and the artist’s ability to share traditional knowledge. We are particularly seeking to support artists whose cultural art form or geographic area in the State of Arizona is not represented in our roster. Nominees will be invited to apply by SFA Staff based on the above criteria.

(All portraits by Steven Meckler)
Download the 2017 press release. 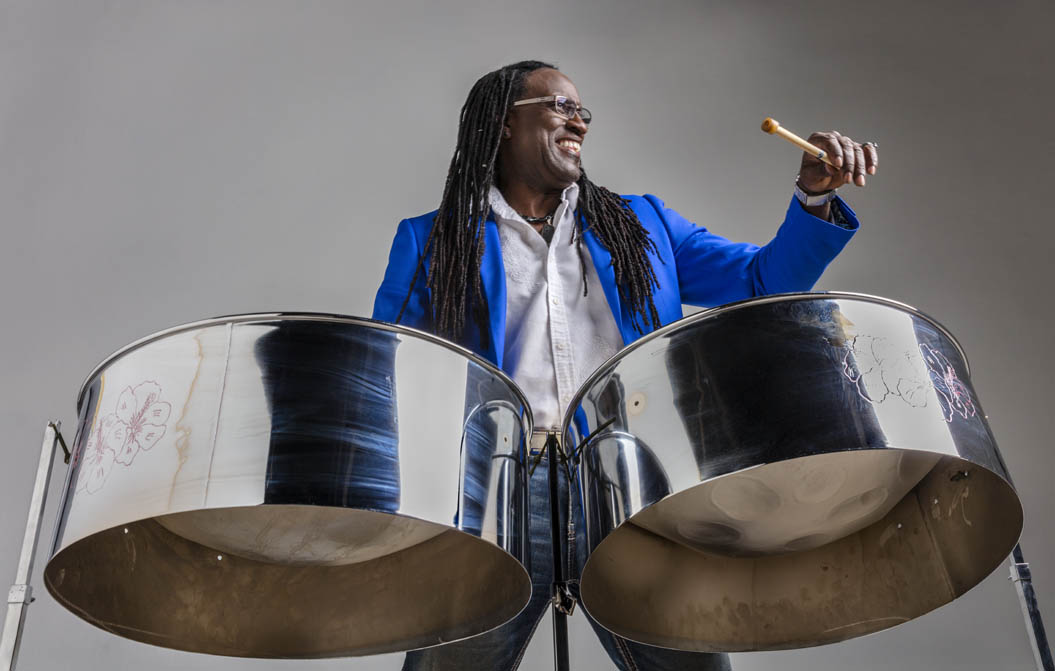 Richard Noel, an ambassador of the Trinidad culture and community in Tucson and Southern Arizona preserving traditions in steel drum and various Caribbean hand drums. Richard will work with apprentice Westly Langly Henry II and other master drum makers in the state to build the skill set needed for cultural transmission. 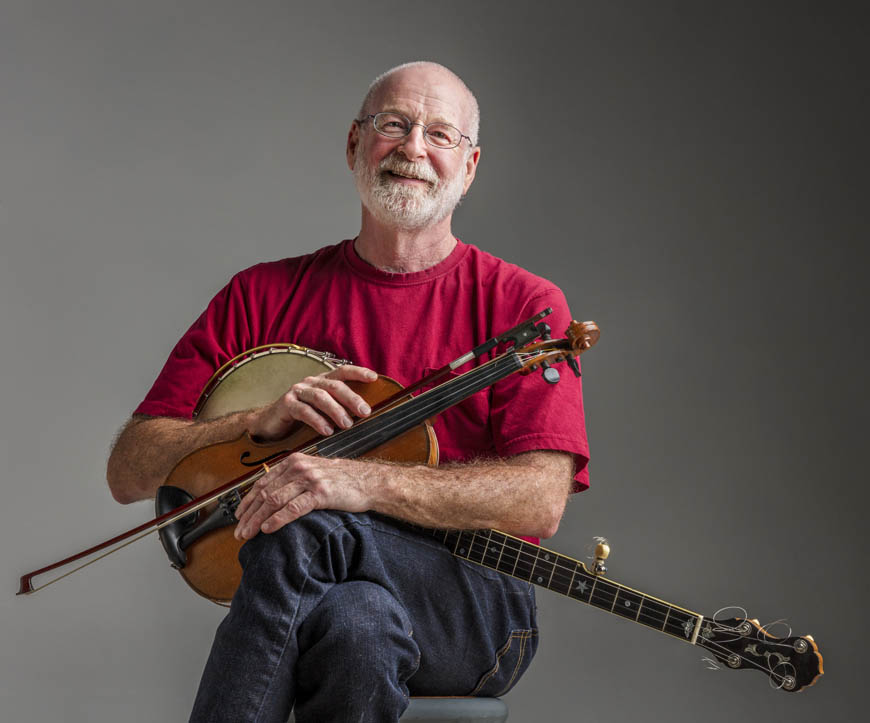 Dan Levenson, internationally renowned Old Time fiddler. Dan has been involved in Old Time music his entire life as a student, teacher, performer, and author. He will work with fiddler Mary Ellen “Emmy” Truckenmiller to keep the tradition of Old Time music alive locally and regionally. 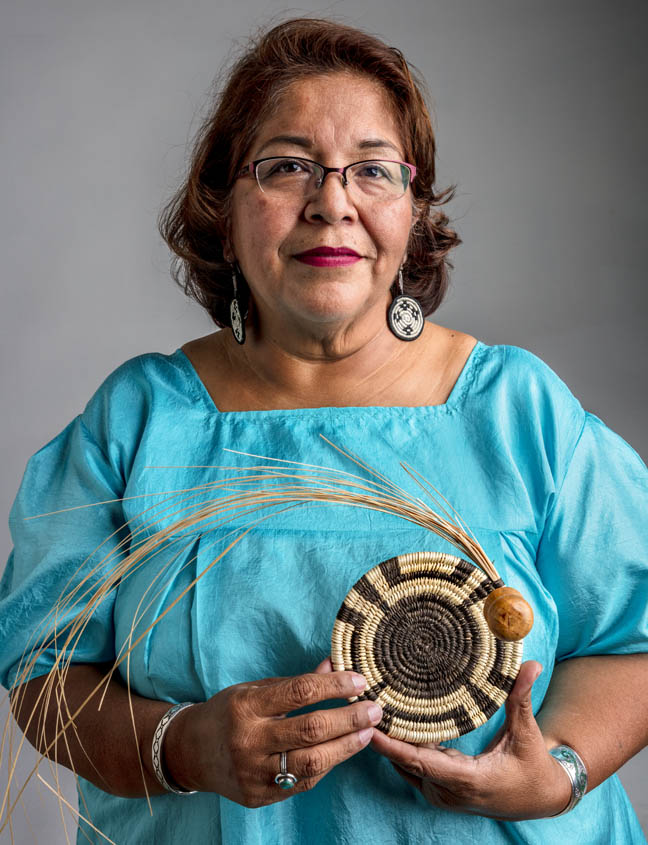 Alice Manuel, traditional Onk Akimel O’odham basket weaver from Salt River Pima Community. Manuel uses river willow, devil’s claw and cattail, as weavers from the region have been doing for generations. She will carry on this tradition by working with her apprentice and daughter Raeann Brown. 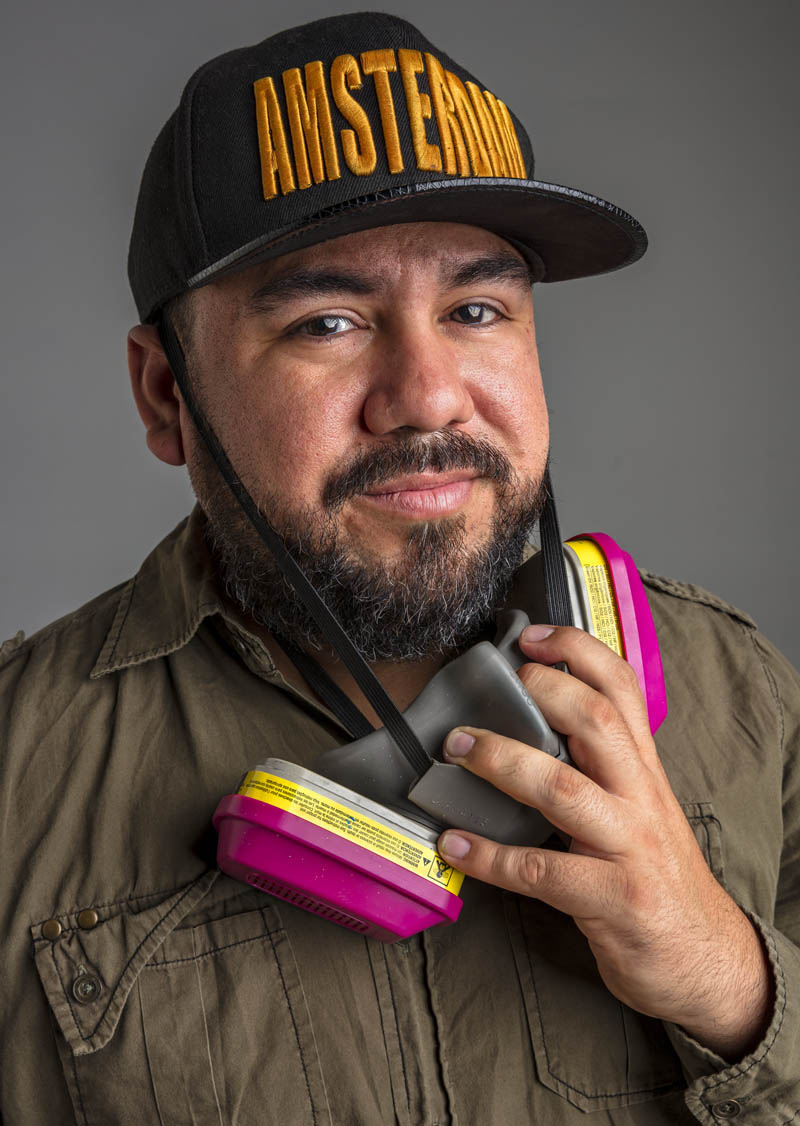 Francisco Garcia, muralist rooted in hip-hop culture and traditional muralism. Francisco’s work can be seen on walls in communities throughout Phoenix, Arizona. Garcia will work with emerging muralist Angel Lugo to build skills and knowledge of traditional and contemporary mural art by working on several community mural projects through mentorship in Phoenix. 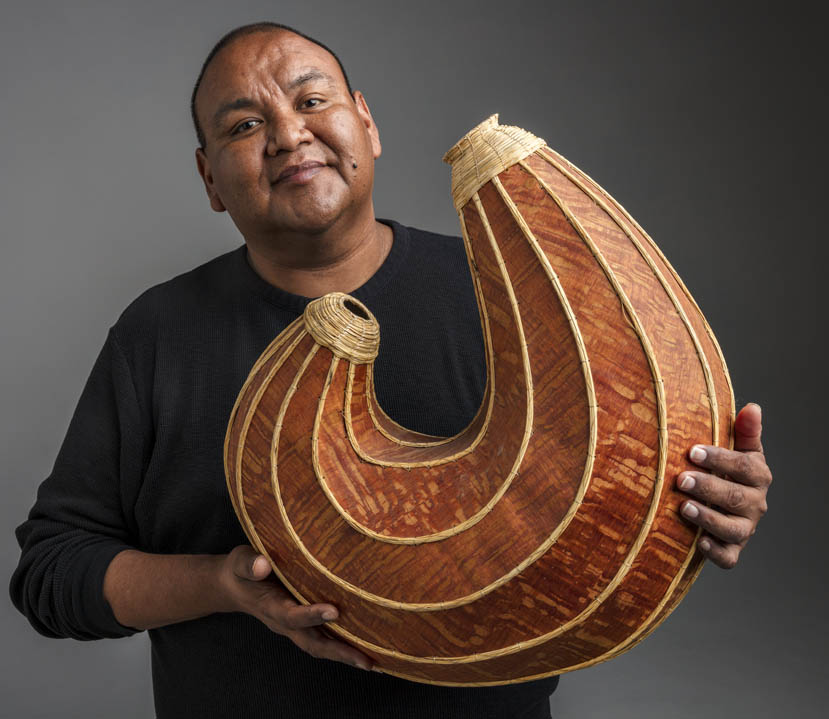 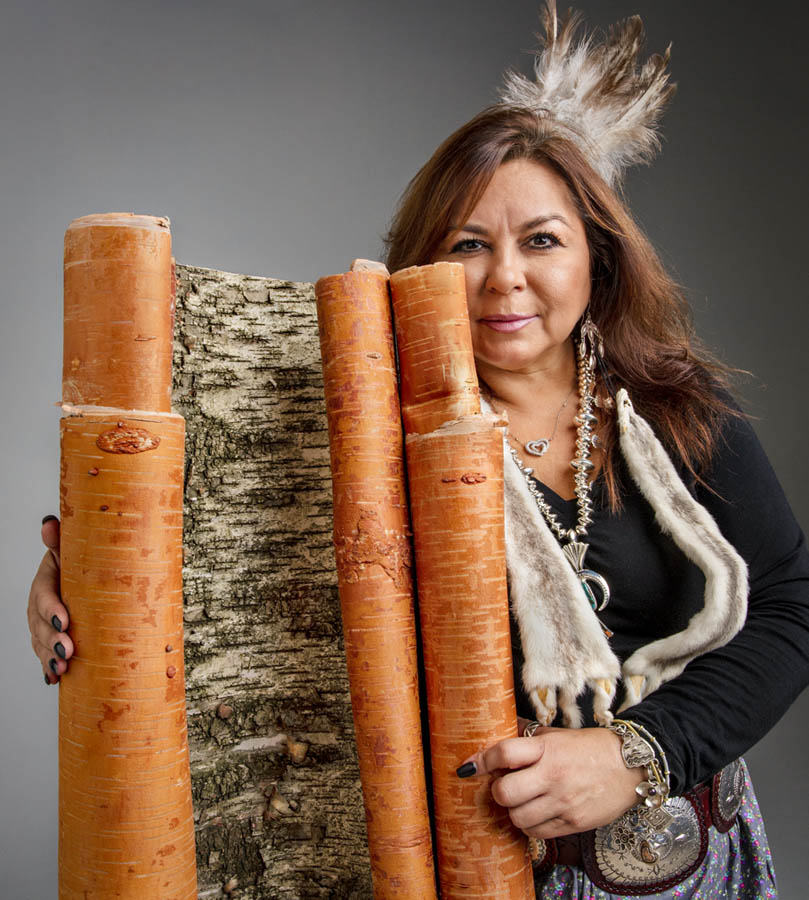 Wanesia Spry Misquadaceis, Annishinabae artist and jeweler. Wanesia will pass on the tradition of birchbark biting, a traditional art form of the Annishinabae people and Canada. The bitings are used in storytelling, beadwork, quillwork to produce baskets, medallions, dresses, seed pot containers, canoes, and Annishinabae sacred midi scrolls. Wanesia and mentee Lia Clark will work together through the four seasons of the year to share traditional knowledge and build skill in the artform. 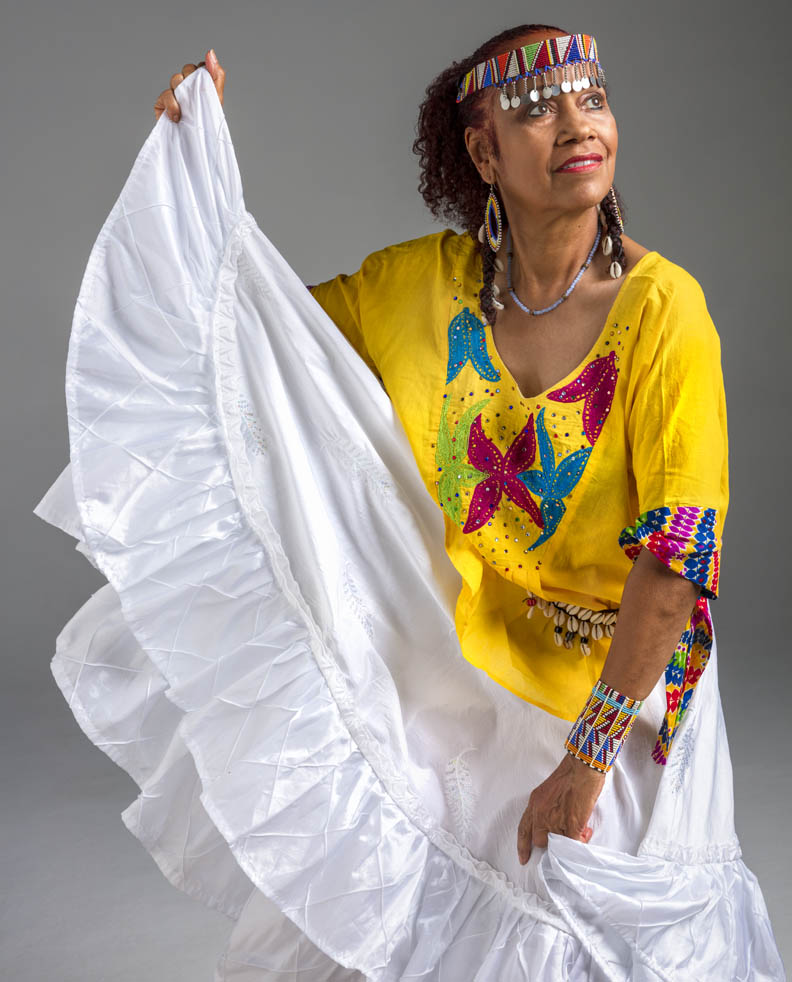 Barbea Williams, dancer in traditional African and African diaspora forms. Barbea is dedicated to sharing ethnic dance and visual cultural traditions from Africa and the African Diaspora, including traditional West African, African Brazilian, Afro-Cuban and Haitian dance. Barbea will work with Jezaniah and daughter Beah to refine their knowledge and expertise in African centered dance and performance. 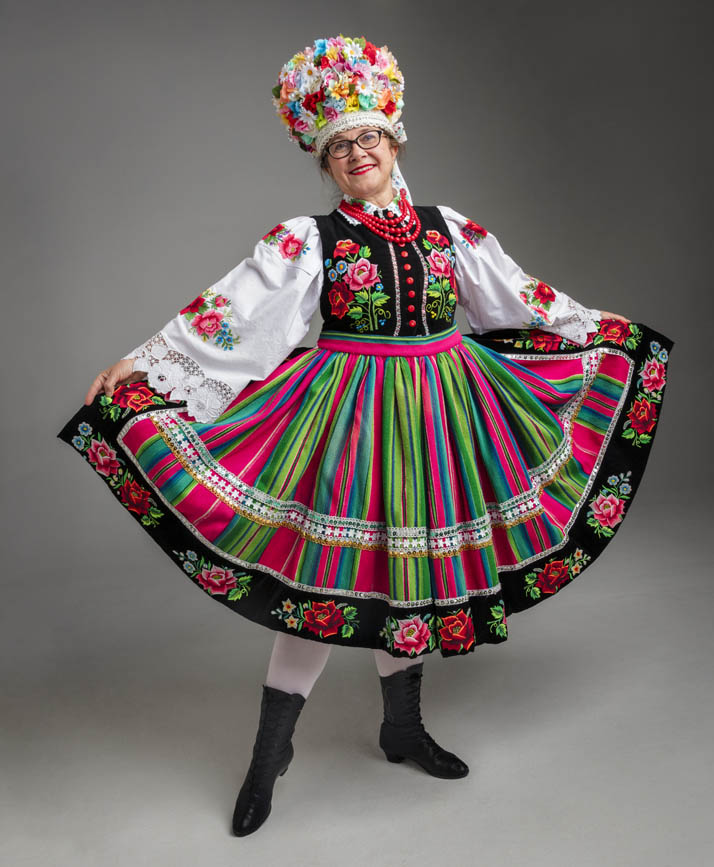 Joanna Schmit, Polish folk dancers. Joanna uses dance as the medium to share and explore her native Polish culture through the traditional polish folk dance company, Lajkonik. She will work with her son, Matthew Schmit, and Amy Robertson to learn and perform a traditional folk polish wedding dance. The team will explore traditions of Polish culture, its roots, symbolism, costumes and custom variety.

Gertrude “Gertie” Lopez, Tohono O’odham button accordion player in the Tohono O’odham waila tradition. Waila music was passed to Gertie by her late Father Augustine Lopez, and today she is the only female waila band leader in the state. She will work with band member Mike Lewis to preserve original old time waila songs.