The Larry Evers’s Words and Place Endowment supports the work of oral tradition bearers in the community for research and documentation as well as sharing work with the public. The donors of the endowment have designated the Southwest Folklife Alliance (SFA) as beneficiary. The SFA is an affiliate nonprofit organization of the University of Arizona College of Social and Behavioral Sciences, which will manage the fund.

The endowment is named for Larry Evers, a professor in the UA Department of English, whose research, writing, and collaborations have elevated native voices and traditions of the Southwest for decades. Founding editor of Sun Tracks: an American Indian Literary Series published by the University of Arizona Press, Evers holds a joint appointment with American Indian Studies. With Felipe S. Molina of the Yoeme tribe, Evers co-authored publications such as, Yaqui Deer Songs/ Maso Bwikam, Coyote Songs/Wo’i Bwikam, and Hiakim: The Yaqui Homeland. With Tohono O’odham poet and linguist Ofelia Zepeda, he co-edited Home Places. And with Barre Toelken, he co-edited Native American Oral Traditions: Collaboration and Interpretation. Evers also produced Words and Place: Native Literature from the American Southwest, a series of eight films in cooperation with Arizona Public Media (http://wordsandplace.arizona.edu). His ongoing project with Professor Ofelia Zepeda and the Department of American Indian Studies is The Poetics and Politics of Water.

SFA promotes and celebrates cultural traditions of the border region through festivals, artist awards, documentation, and cultural community development. Its annual Master-Apprentice Artist Award is given to master artists working in traditional forms who are actively passing on knowledge to apprentices.

Maribel Alvarez, executive director of SFA and the Jim Griffith Public Folklore Chair with the UA’s Southwest Center, recognized the gift as one that will help the organization fulfill its mission. “Professor Evers’s deep and authentic commitment to record, preserve, and amplify Native American oral traditions will live in perpetuity. We are honored that he has placed his trust in the SFA to serve as stewards of this vision.”

Given existing earnings in the endowment, SFA will make three initial awards this inaugural year to support oral history work with the Yaqui-Yoeme community, selected by Alvarez to specifically honor Evers’s focus. The awards are as follows:

• $5,000 to Felipe Molina, Yaqui deer song singer, ethnobotanist, and oral historian, to support completion of a manuscript on Yaqui ethnohistories of migration between Sonora and Tucson basin area.
• $4,000 to Amalia Mora, Ph.D., an ethnomusicologist and oral historian, to produce a comprehensive annotated index of Yaqui-related deposits in the Southwest Folklore Archives, UA Libraries Special Collection.
• $1,000 to Xavier Flores, grandson of the late Don Pedro Flores, to support his work with the Kolencia Oficio in New Pascua, a group of young people learning Yaqui songs and ceremony.

Starting in fall 2019, SFA will give a bi-annual single award in the amount $2,500 for projects representing any tribal nations in the greater Southwest. 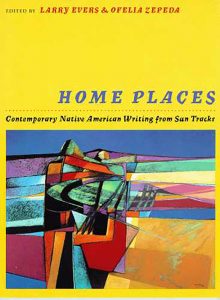 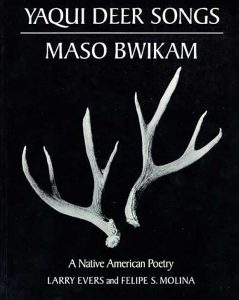 Beyond the Wall/Más Allá del Muro
Next Post: A Tucson Pastorela