Our program to boost cultural activities and bring opportunities to youth and artist in border communities, VozFrontera, got a splash of cultura cubana this spring with a visit from Nereida García-Ferraz, a mixed-media artist who splits her time between Miami and Havana, Cuba.

Born in Havana in 1954, Nereida migrated to the United States in 1970. She grew up in Chicago and received her BFA from the Art Institute of Chicago in 1981. She has received fellowships from the National Endowment for the Arts, the Ford Foundation, and the Richard Diebenkorn Fellowship from the San Francisco Art Institute. Garcia-Ferraz founded the photography program at MCLA, the San Jose Center for Latino Arts. She is the co-producer of the seminal documentary Fuego De Tierra, which won Best Video Documentary in the 1988 National Latino Film Festival and has been shown at the Whitney Museum, Hirshorn Museum, and the Miami Art Museum.

With host Cesar Lopez, Nereida toured Ambos Nogales with Cesar Lopes, community organizer and cultural worker who serves as a program coordinator for VozFrontera. Cesar provided context about arts and culture, border politics, ecology, local food, and major border industries (maquilas, produce, militarization, and narcotraffic), and introduced Nereida to local murals and to people and spaces key to the artistic and social cultural development in both Nogales, Sonora and Nogales, Arizona. In a space of collaborative conversation, Nereida and other colleagues gave ideas of creative projects that could benefit the community and the implementation of art.

“I was impressed by Nereida’s ability to capture in photographs, painting, and even in her oral testimony, the cultural dynamics and life stories she managed to meet during her stay in both Nogales,” Cesar said. “The way she expressed what she saw inspired me to continue promoting spaces of artistic expression where the community can continue telling the story of where they live, who they are, including what has happened and do not want to forget, as in the case of José Antonio Elena Rodríguez (a youth who was shot and killed by a US Border Patrol agent in October of 2012).”

In Douglas and Agua Prieta, Nereida was hosted by Jenea Sanchez, an artist and cultural worker. Nereida met with local artists in Douglas sharing conversations about practice and purpose. In Agua Prieta, Jenea introduced Nereida to the director of the municipal cultural center, Jesus Caneda, also from Cuba. Nereida toured the migrant center in Agua Prieta and learned about the current issues relating to migrant caravans that were approaching the border at the time. After viewing the border murals, Nereida visited the Douglas Border Patrol Station, with a 2.5-hour Q&A with Agent Harper, Border Patrol Community Liaison for a thoughtful conversation about the local landscape and international affairs. On day three, Jenea took Nereida to Bisbee to visit the Lincoln School, an artist living space, studio, and gallery.

As Jenea spent time with Nereida and several local women artists, she said she was inspired to think about organizing a woman-artist collective.

“Through breaking bread and walking the border, we realized how much more powerful we could be as a collective. Nereida encouraged us to think about organizing as a collective of women artists who make art with a binational sensibility. This is something we are starting to discuss in a serious way. Nereida and I also discussed ideas to organize a Border Biennale in Douglas and Agua Prieta,” Jenea said.

Below is a selection of Nereida’s images of her time in the borderlands: 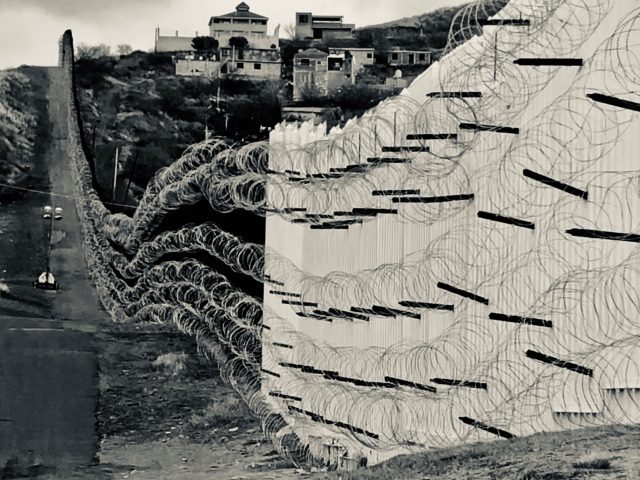 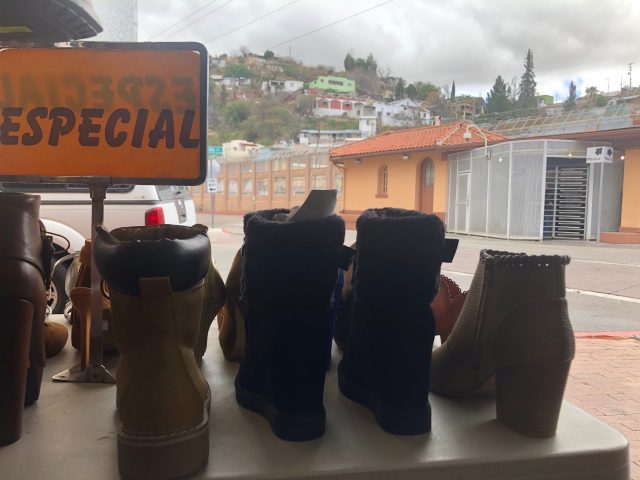 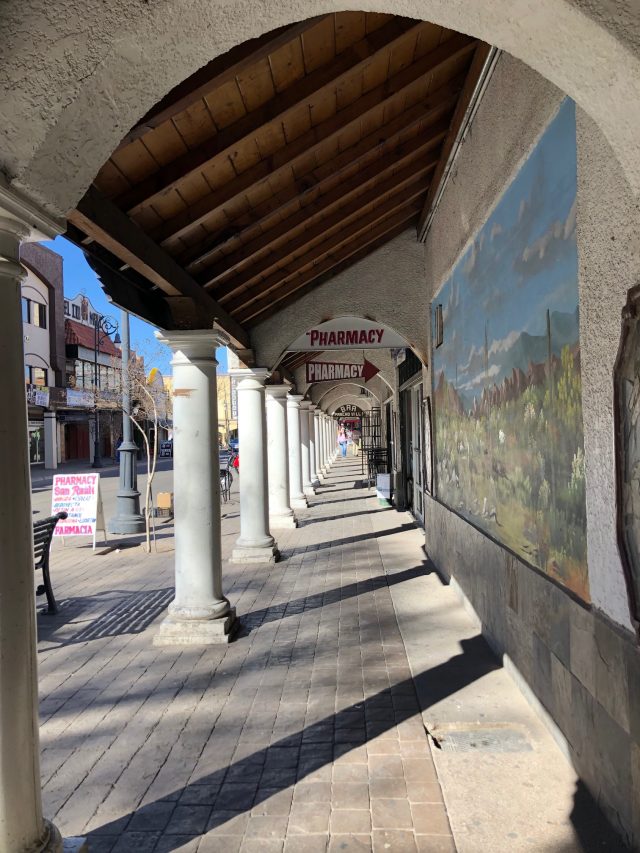 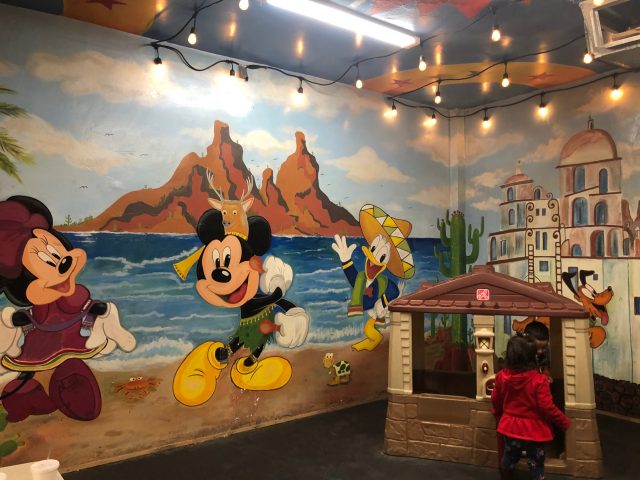